Located in Upper Egypt Luxor has been described as the world’s biggest open air museum. Nowadays it has been elevated to the status of Governorate, though it is still classified as being in the province of Qena. It has a population of round about 230,000, most of who are employed in tourism somehow, though there are many who are employed in agriculture and commerce. It is one of the most popular destinations in Egypt, being one of those places that you must see. Because of this almost every tourist company has an office somewhere in the town.

the world’s biggest open air museum with about one third of the most valuable monuments and antiquities in the whole world.

It has been estimated that Luxor contains about a third of the most valuable monuments and antiquities in the whole world, which makes it one of this planet’s most important tourism sites. Monuments such as The Luxor Temple, Karnak Temple, the Valley of the Kings, the Valley of the Queens, Deir El-Bahri (the Mortuary Temple of Hatshepsut), the workers village at Deir El-Medina, the list goes on and on and on. Though most visitors will stay for just a few days, it would take a substantial amount of time to visit everything in this amazing town.
Once known as Thebes, Luxor’s importance in ancient Egyptian history cannot be denied. It was the religious capital for almost all of the Pharaonic period which is why the town is dominated by the two temples; The Temple of Luxor, and the immense Temple of Karnak; the world’s largest temple complex.
Dedicated to Amun Ra, the Temple of Karnak was constantly expanded by successive pharaohs, each adding his, or her, tribute to the god. The site dates back to the Middle Kingdom under the reign of Mentuhotep (11th Dynasty), but most of what can be seen today is from the New Kingdom. Other parts of the complex include sites dedicated to Mut, the wife of Amun Ra, and their son Khonsu. 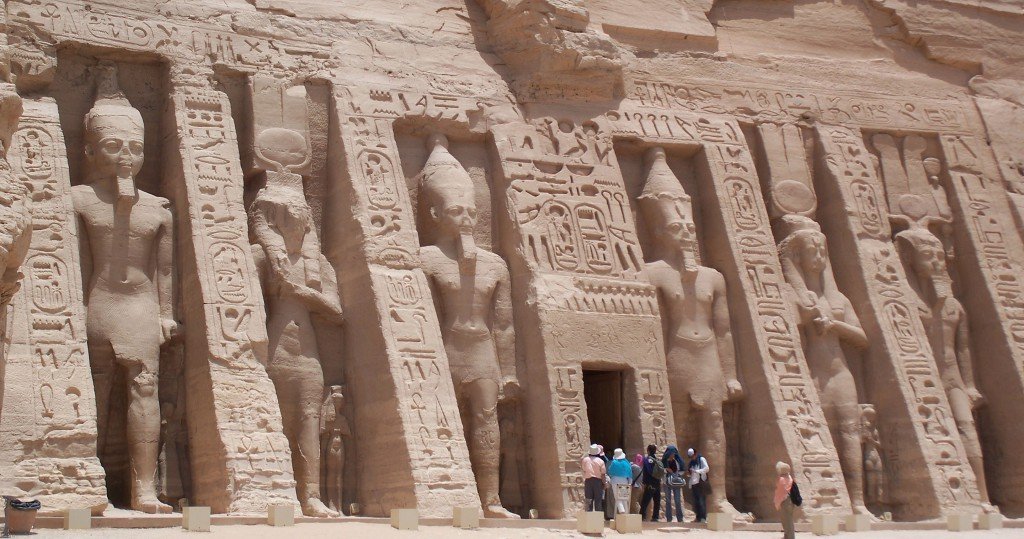 Beauty on the Inside

Most people know that Luxor was once Thebes, but “Thebes” was not what the ancient Egyptians called it. Ancient texts show that it was called t-apt, which means “the shrine”, with the ancient Greeks calling it tea pie. The Arabs had problems with pronunciation and so it became Thebes to them. The name vanished then as the area submitted to the desert and then by the 10th century Arab travellers thought the ruins were of grand buildings so started to call it Al-Oksour, or “site of the palaces” which slowly became Luxor.
Though it was never the capital of a united Egypt, Thebes was capital of Upper Egypt during the times when Egypt resorted to being split into two. This was especially true during the period of the Hyksos invasion when Avaris became capital in the North. Thebes was where the various pharaohs of Upper Egypt were based, and it was from here that the final campaign, under Ahmose I, to expel the Hyksos originated
Today Luxor is split into two, by the River Nile, and these two areas are known as the East Bank (where the town lies) and the West Bank. Though this was also true in ancient times, the two parts were called the city of the living (East Bank) and the city of the dead (West Bank). Like most of the River Nile, the western side tends to be more desert, with the eastern side having far more arable land, and so settlement sites tended to favour this latter side.
Luxor is situated 670Km (416 miles) to the south of Cairo, 220Km (137 miles) to the north of Aswan, and 280Km (174 miles) to the west of Hurghada. It is the second most popular place to visit in Egypt, behind Cairo, and is accessible in a number of ways. 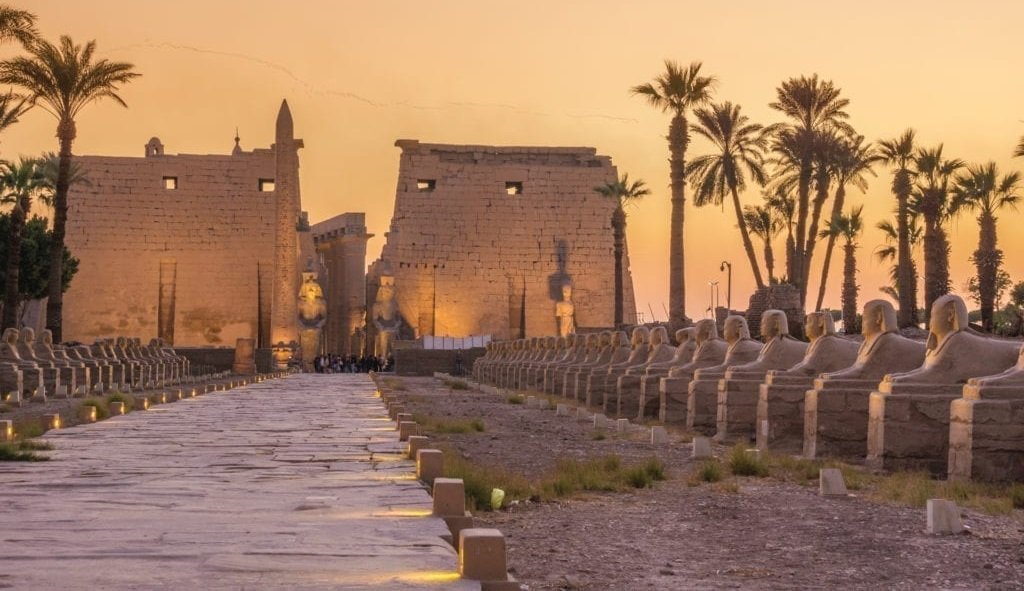 Luxor International Airport is located 6Km (4 miles) east of the city and can be reached from most countries around the world, though it is most popular for charter flights. From here you can also fly to most of the main cities and towns in Egypt, as well as arriving from them. EgyptAir runs daily flights from Cairo to Luxor, as well as Luxor to Cairo, which take, on average, about 50 minutes.

Luxor is situated on the main Cairo to Aswan railway line and has a modern station in El-Mahata Square. Services to both Cairo and Aswan are very frequent, though restriction on tourists are in place right now which allows them to only use the sleeper service, or the trains either side of them.

Though Luxor is connected by road to Cairo and has a good bus connection with the capital, tourists are asked not to attempt to use this mode of transport for this journey and are therefore left with only rail or flight as an alternative. The road to Aswan can be used though as it gives the opportunity to visit sites such as Edfu and Kom Ombo. Hurghada is reachable by a 3.5 hour bus journey, opening up the Red Sea for those who wish a change. Please note: if you do intend to use this mode of transport you are best booking your seats at least 24 hours in advance to ensure you get the seats you want.

Nowadays you can only go to Aswan by cruise boat, though some operators do offer the opportunity of a one day sail to see Dendera. The River Nile has not been used for cruises between Cairo and Luxor since the late 1990’s.